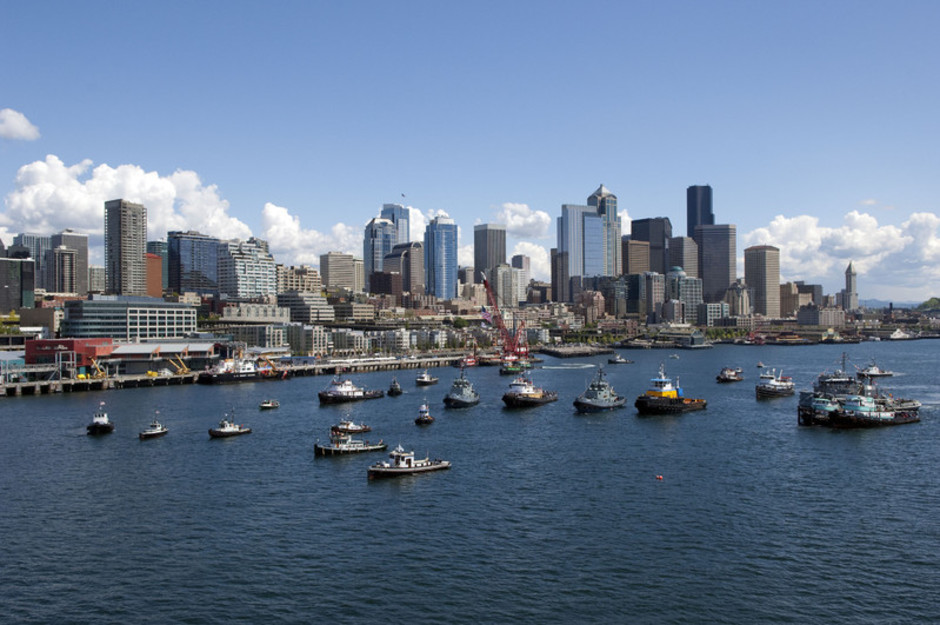 The Ballard Locks are busiest in the nation!

A century of service, but the future??? 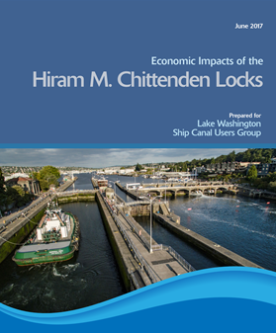 The Ballard Locks serve more individual vessels than any other locks in the nation: more than 40,000 transits in 2015, and more commercial vessels than all but 12 of the 200+ other USACE locks.

That’s just one of the key findings of the Economic Impacts of the Hiram M. Chittenden Locks analysis published in June 2017. The study was funded by a unique and diverse funding group, the Lake Washington Ship Canal Users Group.

This year marks the 100th anniversary of the Locks’ opening day in 1917, and as the Locks reach this important milestone, there is growing concern about making the critical infrastructure upgrades needed for the Locks to continue operating reliably and safely. This report discusses the benefits of reliable Locks operation, the potential losses in the event of a closure, and describes some of the steps needed to mitigate these risks.

To read the results of the Study, which was conducted by the McDowell Group, click here. 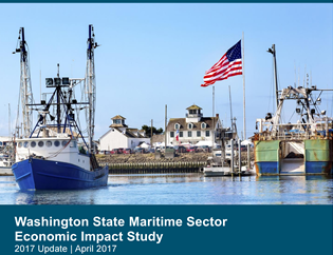 The Washington Maritime Federation released the Washington State Maritime Sector Economic Impact Study 2017 Update. This study updates the seminal 2013 study of the same name and provides a detailed analysis of the positive economic impact of the state’s maritime industry.

The study finds the maritime sector directly supported 69,500 jobs, nearly $4.7 billion in wages, and $17.1 billion in business revenue in 2015. The average wage for a maritime worker was $67,000 in 2015 compared to the statewide average of $56,700, a significant increase over the 2013 study. For every direct job in maritime, an additional 1.8 jobs are supported through secondary impacts. When these indirect and induced impacts are factored in, the sector provided 191,000 jobs and $37.8 billion in revenue statewide.

“This study builds upon past efforts and clearly shows the maritime industry is a cornerstone of the State’s economy, providing family wage jobs and real opportunities for the next generation of maritime workers. We’ve seen consistent growth across all subsectors of the industry since the 2013 study release and we feel confident about the continued growth of maritime in the years to come,” said Washington Maritime Federation Director Mark Gleason.

The North Pacific fleet is anticipated to spend $1.6 billion on vessel projects in the next ten years according to the Modernization of the North Pacific Fishing Fleet Economic Impacts Report conducted by the Washington Maritime Federation.

The ability for Puget Sound shipyards to capture the maximum amount of this activity will depend on industry and policy-makers to enhance the region’s competitiveness through a range of strategies, the report concludes.

“Ties that Bind” is report by the McDowell Group that documents the dynamic and diverse economic relationship that grows stronger each year between Alaska and Puget Sound.

Just as Alaska is economically dependent on Puget Sound as a service, supply, and transportation hub, Puget Sound derives billions of dollars in economic benefits from its powerful connections with Alaska. Those connections include the movement of millions of tons of freight and millions of passengers between Alaska and Puget Sound. Puget Sound provides essential support to Alaska’s seafood industry and other maritime sectors, as well as a critical market for Alaska’s crude oil. Important links in health care, education, and other sectors are all part of the fabric that connects Puget Sound and Alaska.

Heather Haugland, McDowell Group Senior Project Manager, presented the report to the Seattle Propeller Club. Below you can download the presentation which highlights key report findings. 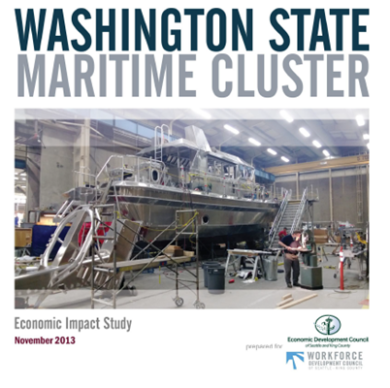 Maritime industry worth more than $30 billion to state economy 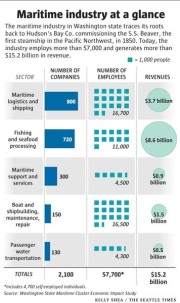 The Washington Maritime Industry is an engine of economic prosperity and growth in Washington State. In 2012, the cluster directly employed 57,700 workers across five major subsectors and paid out wages of $4.1 billion. Maritime firms directly generated more than $15.2 billion in business revenues and remitted $79.5 million state tax revenues. Indirect and induced Maritime jobs account for another 90,000 jobs, for a total impact of 148,000 Washington jobs. Additionally, the direct contribution of Maritime¡¦s $15.2 billion in gross
business income generates another $14.8 billion in induced and indirect output, for a total contribution effect of nearly $30 billion to Washington¡¦s economy.

Maritime firms innovate, export their goods and services to other parts of the U.S. and globally,and drive economic growth. The cluster represents a deep network of activities that extends across manufacturing, services, and the federal and state governments.

The Maritime Cluster reaches all of Washington State. While there are large concentrations of firms and activities in King, Snohomish, Kitsap, Pierce, Skagit, Grays Harbor,and Whatcom counties, the Maritime Cluster reaches as far east as Spokane and south to Vancouver, Washington. While Eastern Washington does not have direct access to the ocean and/or Puget Sound, there are a variety of activities along the Snake and Columbia Rivers and inland either directly engaged in or in support of Maritime Logistics and Shipping and boat manufacturing. In 2012, an estimated 139 such Maritime establishments employing more than 2,200 workers were located across eighteen of the twenty counties that constitute Eastern Washington.

Unlike many other sectors, workers in Maritime can work their way up from an entry level position to management in the same company in many cases. Because some workers have traditionally stayed with a single company or job function for generations,retention and maintenance of existing workforce is crucial. Recruiting and maintaining talent is difficult for many sectors in the Maritime Cluster. Maritime leaders perceive a need to improve knowledge of the industry among the general public and the economic opportunities which exist in Maritime. 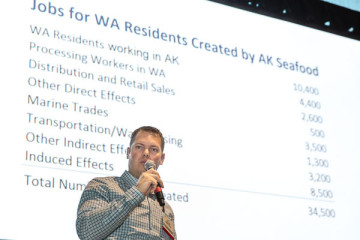 More than 50 fishing industry leaders attended a breakfast at Ivar's in 2013 to help launch the release of the Alaska Seafood Marketing Institute's (ASMI) report on the economic value of Alaska's seafood industry.

Andy Wink of the Alaska-based research firm the McDowell Group presented data from the report, the first of its kind, showing the economic importance of the Alaska seafood industry on the rest of the country, specifically the Pacific Northwest.

The complete study is here: http://pressroom.alaskaseafood.org/wp-content/uploads/2013/08/AK-Seafood-Impact-Report.pdf

Discover amazing shoreside or at sea careers when you join top maritime leaders at the FREE Seattle Maritime Virtual Career Fair from 3-4 p.m. on Wednesday, May 26. 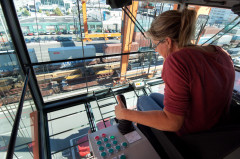 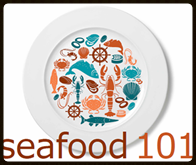 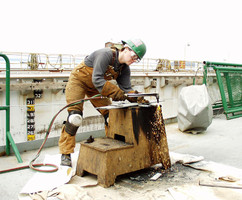 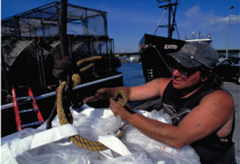 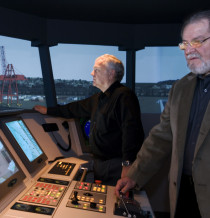